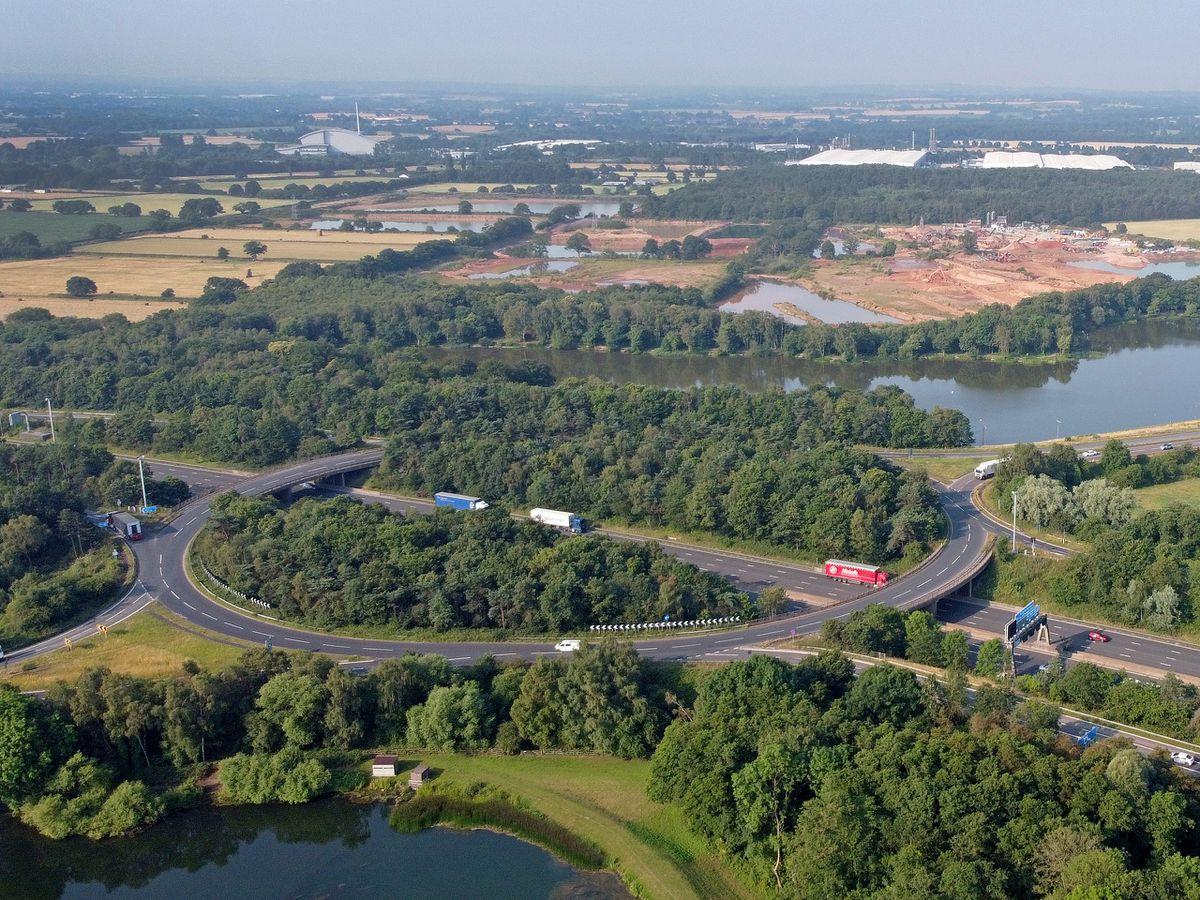 The arrival of a major rail freight terminal and logistics hub close to Wolverhampton is expected to deliver a huge boost to the regional economy.

The West Midlands Interchange at Four Ashes, between the city and Penkridge, is due to become operational in 2023 creating 8,500 full time jobs.

The first work on buildings on the 734-acre site is due to start in the new year.

Oxford Properties and Logistics Capital Partners have formed a joint venture to deliver the project which involves £1 billion initial investment.

James Markby, managing director of LCP, today stressed that LCP was in the project for the long term and it would not be a case of moving on to the next development. He said the project would involve more than a decade of development.

“The rail freight terminal is going to be a major economic benefit with mainline rail services connected to the park. That will influence the users that will come here. In effect it will be an inland port and it will take traffic off the roads,” explained Mr Markby.”

John Pagdin, head of UK for LCP, said the delivery of the eight million sq ft logistics park – the biggest in the UK – was “a massively exciting project” and was unique outside of London and the South East.

He said the 40 per cent of the workforce in the occupiers of the park would be highly skilled.

He said that it was expected another 8,000 jobs would be created through the distribution chain and in local businesses contributing to the project.

The developers are putting £4 million into a local fund with input from local councils to make sure employment opportunities are channelled locally.

The park and the construction will also benefit businesses in surrounding towns including Stafford and Telford.

“The most important part of a project like this is employment and that is no small part of why we selected this site,” added Mr Pagdin.

Mr Markby stressed that the scheme was unique in that it would also have “green” credentials and would also deliver 50 acres of woodland, the creation and maintenance of two new country parks and see 12 hectare of farm land retained.

He added that in the wake of Brexit and Covid logistics real estate was in high demand and the development would play a big part in meeting the need for that in the Midlands.

Pierre Leocadio, head of investment for Europe at Oxford Properties, explained: “This transaction presents an exciting opportunity to develop a market leading, prime logistics hub, alongside our trusted partner, LCP.

“Oxford is renowned for its ability to deliver major large-scale projects, and this aligns with our strategy to deploy capital at scale into the logistics sector.

“The inclusion of a new rail terminal in the master plan allows us to create a site that has strong appeal to potential occupiers, while also helping reduce the environmental impact of its supply chain by reducing lorry traffic.

The site was acquired from the shareholders of Four Ashes Ltd, a three way partnership including Kilbride Holdings and Grosvenor Group’s Indirect Investment business (Grosvenor).

Peter Frost, director of Kilbride Holdings on behalf of Four Ashes, said: “Having successfully guided the development from its inception and earliest stages to development consent, we are pleased that partners Oxford Properties and LCP will bring funding and specialist expertise to enable the project to now fulfil its huge potential.”