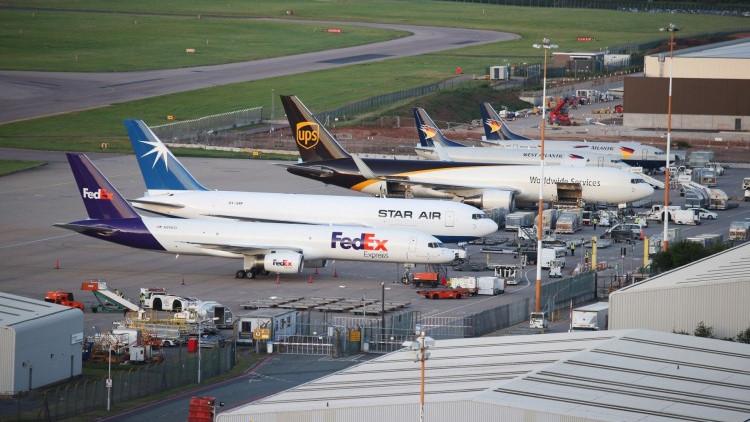 An East Midlands bid for Freeport status, which has the potential to create 60,000 jobs, has been submitted to the Government.

The bid is being driven by a consortium led by the two Local Enterprise Partnerships that represent Leicester, Leicestershire, Derby, Derbyshire, Nottingham and Nottinghamshire.

They say it would deliver an inland Freeport at the heart of the UK with “unrivalled rail connectivity” to all UK ports and bring significant investment to develop and drive innovation, alternative energy sources and green technologies, creating close to 60,000 skilled jobs to areas of deprivation in the East Midlands.

At the heart of the bid is the opportunity to accelerate the region’s commitment to decarbonisation and boost the area’s status as a leading innovation hub for green energy supporting SMEs and large regional employers including Rolls Royce, Toyota, and Bombardier.

In November last year, the government set out details of how it will create 10 new Freeports across the UK to create jobs and regenerate communities.

The East Midlands bid has been submitted by a consortium including private sector businesses, local authorities, East Midlands Development Corporation with support from universities, business groups, local MP’s and the Midlands Engine.

Kevin Harris, chair of the Leicester and Leicestershire Enterprise Partnership board of directors, said: “Central Government support for the development of Freeports is a major opportunity for the East Midlands. The geographic location of our region, and the high levels of entrenched expertise in the fields of logistics and import/export found here, make the East Midlands an obvious choice for the location of a Freeport.

“Leicestershire is home to East Midlands Airport, which is already the largest dedicated freight airport in the UK. Its integration with the East Midlands Gateway logistics hub will ensure the smooth running of the Freeport from day one. Furthermore, it boasts the scope and ambition to expand, meaning that our Freeport capacity can continue to grow to meet the demands of increased investment.

“I’m proud that the LLEP is working in partnership with D2N2 to deliver a Freeport to the East Midlands. If the bid is successful, this project will be of huge benefit to our region, providing innovation, regeneration, and the ‘Skills for the Workforce’ that are a major priority of the LLEP. The benefits conveyed by an East Midlands Freeport will emanate from the heart of the country and mean that success for the East Midlands is shared by the wider UK economy for years to come.”

“Leaving the EU creates new opportunities for the UK to strengthen the Union and become a hub for international trade and investment. Revitalising our port regions through an ambitious Freeport policy is a key component of realising this vision and unlocking the deep potential of regions such as the East Midlands. Freeports will increase trade, create employment and attract investment in order to form innovative business clusters that benefit local areas.

“We have the perfect logistical position for a Freeport with the Airport supported by the East Midlands Gateway and superb road links both North to South and East to West. The Airport is already a major trade hub, the UK’s busiest pure-freight airport, with more than 1,000 tonnes of cargo passing through every day and there is scope to at least treble that.”

An East Midlands offer for Freeport status, which can possibly make 60,000 positions, has been submitted to the Government.

The offer is being driven by a consortium drove by the two Local Enterprise Partnerships that address Leicester, Leicestershire, Derby, Derbyshire, Nottingham and Nottinghamshire.

They say it would convey an inland Freeport at the core of the UK with “unparalleled rail availability” to all UK ports and carry huge speculation to create and drive development, elective fuel sources and green advances, making near 60,000 talented positions to regions of hardship in the East Midlands.